Engine oil is a type of lubricant that lubricates the internal parts of an IC Engine. It is quenched by an oil pump to all the internal moving parts of the engine. Engine oil is available in multiple varieties with specified volumes like 900ml, 1 litre, 1.15 litre, etc.

Engine oil is made from 2 parts i.e. Base and Additives.

The base commonly makes up 95 percent of the solution and is either made from petroleum, synthetic chemicals, or a mixture of these two. The base is responsible for lubricating an engine’s moving parts and removing built-up heat.

The additives, meanwhile, account for roughly five percent of the oil. It is these chemicals that are responsible for finely controlling the oil viscosity and lubricity, as well as protecting engine parts against wear.

Zinc dialkyl dithiophosphate (ZDDP) is a frequently used additive for preventing wear, while magnesium sulphonates help the oil to break down impurities and engine sludge.

The engine oils are rated on the basis of their grade and viscosity. The oil can be of a single grade or multigrade with a defined viscosity number for reference that the oil can act at two different viscosities depending on the operating temperature. The rate of flow is measured on basis of viscosity grade scale which ranges from 0 to 60.

For example, the grade of oil is 20W40 in which W stands for winter. The number before W indicates the viscosity of oil at cold temperature. Oils are thicker at low temperatures and tend to exhibit more resistance and require more energy to pump and circulate around.

There are 3 different types of engine oil present in the market. They are:

It is entry-level engine oil and is mostly used in commuter vehicles. They are refined petroleum oils that undergo treatment to perform across a wide temperature. In addition, they are fortified with other additives to comply with specific requirements of a two-wheeler.

They are also known as synthetic blend oil. They are usually made of small amounts of synthetic engine oil blended with mineral oil to boost their properties without being much expensive. Basically, they offer some properties of synthetic oils and come at a price closer to mineral oils.

They are chemically engineered mineral oil. However, the difference is that they go through extensive chemical treatment in labs to make them significantly superior to their mineral counterparts. As a part of the process, the mineral oil is broken down into the most basic molecules. As a result, it also helps remove any undesired substances and impurities to a very high degree. They are formulated with higher-performing additives, so they tend to perform much better at extremely high temperatures.

Firstly, use only the correct grade of engine oil. For example, If a bike is recommended with 20W40 grade, then it is sage to use 20W40 grade. However, the grade can be slightly changed according to the climate and the engine operation.

For cold climates, 10W40 can also be used as the viscosity is better than 20W40 and it will protect more in cold temperatures. But it is better to stick to the recommendation by the manufacturer as the grade recommended is defined particularly for all conditions and the engine will be most suitable for it. Also, choosing the recommended oil can increase the fuel efficiency of bikes. 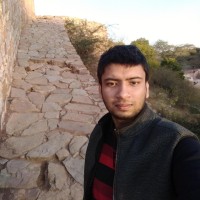