Table of Contents
The Similarities in lifestyle:-
Their basic life is more or less same:-
Advantages of being a celebrity:-
They are RICH:-
They are Famous:-
Disadvantages:-
Have to work really hard to get to and maintain the position they are in now:-
Have to maintain an image:-
Lack of Freedom and Privacy:-
Have to face a lot of criticism and judgements:-
Attracts Stalkers :-


Who’s a celebrity? Well if I have to put it into simple words then a celebrity is a famous person or a public figure , especially from the entertainment or sports industry, with a fan base and having paparazzi roaming around them for taking pictures and making headlines (or gossips).

We are accustomed to see the glamorous and luxurious life that the celebrities lead and dream of remotely having a life like theirs if not completely because of how attractive and easy it seems but have you ever wondered that is their life really completely different than ours? If yes then what really makes it different? Also is their life really that easy and attractive?

Well I think I have the answer.

The Similarities in lifestyle:-

Their basic life is more or less same:-

Now coming to the Differences, I’ll classify the differences further into two categories- Advantages and Disadvantages:-

Advantages of being a celebrity:-

Celebrities have a job that pays REALLY well, making them rich. Thus, they can afford to have a luxurious and glamorous lifestyle. They can buy expensive branded clothes and shoes, go for vacations abroad, can buy big houses or penthouse apartments, so basically they can invest in a lot in things that are drool worthy. Celebrity can also engage a lot in philanthropic activities (if of course they are willing to) since they are influential and have a lot of money to contribute.

Being famous of a celebrity, benefits them in many ways like:-

Have to work really hard to get to and maintain the position they are in now:-

Have to maintain an image:-

Celebrities have to, willingly or unwillingly, assume a lot of responsibility. Since they are public figures, they constantly have to maintain an image.

They have to maintain decorum and cannot do things or take decisions hastily. This is because many people look up to them as their role models and whatever they do sets an example for such people or the society. If they do something good or right, it will motivate the people to do that same right thing but if they do something bad, it will make even the bad look good and the people will indulge in doing that because it is supposed to be “cool”.  It is really not an easy task to always be conscious and not make mistakes and think so much before doing anything.

Imagine you waking up on a Sunday morning and deciding that “Hey! I want to take my family out for lunch today and spend private and quality time with them. “How difficult does it seem? Not difficult at all. For celebrities though, it is, because wherever they go, reporters and paparazzi and in fact fans follow them. Anything they do becomes news or gossip. They can’t really do things that an average person can do without getting followed. They always have to stay all dressed up wherever they go and staying casual is not an option. The things that are mundane for us are something that they miss a lot.

Have to face a lot of criticism and judgements:-

With fame they have to face a lot of criticism and their every action is judged by people. There are times when they have to hear or read bad, rude and derogatory remarks and lies about them and this is something that they can’t avoid no matter how bad they might feel. Ignoring is an option of course but after a point they can’t cause some reporter or the other ends up asking them about it and then they are supposed to answer (again in a preferably diplomatic way) about their views regarding that particular remark.

Having fans is fine, having obsessive fans in certainly not for a celebrity. Getting constantly stalked, getting death threats or getting harassed over phones or through emails or letters is something that a celebrity has to face who has obsessive stalkers and technically everyone has them. Sometimes these fans even threat to end their own lives or harm themselves and some even end up doing so. This can be really scary and no one would really want to have to deal with such people.

So now I guess it is clear that despite the basic similarities, Celebrity life is indeed different than ours in both good and bad ways. While in one hand they have the privilege of leading a luxurious life full of fame, opportunities, money, love and attention; on the other hand, they also have to work a lot harder, face haters and derogatory lies, be conscious every time and compromise their freedom. So the next time you say “Ah! They are so lucky”, think twice, because the path to have a lifestyle like theirs is not easy at all. 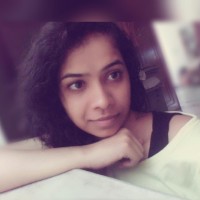 Pooja Sahu
View More Posts
CS Engineer by choice. Let your heart compile your life before it get executed.

How To Choose The Best Hotel For Business Travel?