Watching web series is one of my favorite pass time. Not only in adults, but this craze is also increasing rapidly among elders too. With the increase in the number of Netflix web series, various other producers are also in the same queue.

Five Must Watch Web Series of 2019

Below is the list of some of my personal favorite web-series that were released in 2019 and hit the heart of watchers totally.

Stranger things is one of Netflix’s finest series. The show showcases the story of a group of four young friends i.e Will, Lucas Michael, and Dustin.

Will goes missing in the very first episodes marking a lot of questions. Everyone in Hawkins makes assumptions if Will is dead or not. While his friends and family work tirelessly in hopes that they would find him. During their search, the group of three Michael, Dustin, and Lucas comes across Eleven, who is psychokinetic whose character is played by Millie Bobby Brown.

The show’s storyline revolves around secret government exploits, supernatural forces, and a dark force that turns the town upside down abducted the Byers kid. The show is worth a binge-watch. The outstanding VFX, plot, acting skills highlighted by such talented kids definitely deserve, all of the recognition that it’s been getting.

With a similar storyline as American drama sex and the city, four more shots hit the screen on 29th January at Amazon prime video. The story revolves around the life of four middle-aged women who met each other through coincidence but end up being best friends with each other. Living and exploring their work life, sex life, love life, who despite their differences and ever-changing sex lives stick to each other. Other than anyone else, girls are gonna relate themselves to the series which will cherish the best times they’ve spent with their buds throughout their watch. The show definitely deserves a watch.

After giving a lot of blockbusters in Bollywood, Zoya Akhtar finally makes her web series debut. With “Made in Heaven” released on 8th march on Amazon prime video. The story is about two wedding planners, Tara and Karan running a marriage agency named made in heaven. The story highlights the harsh truth and reality of marriage and real life. The secrets are kept from one another. It also enlightens how cliche “happy ending” is as that’s not what happens in real life. Viewers must have patience while watching the series. The slow pace might bore you. But this patience sure will be worth it once they’re done watching the series.

Delhi crime as the name suggests is based on a Delhi gang-rape case. Rape cases are one of the most touchy topics to any human being which never leaves a chance in giving you goosebumps. The whole series revolves around finding the person who is behind this hideous doing. The show is a one-time watch, which can also be used as a mode to spread awareness among people about such crimes.

Starring the most talented actor, Manoj bajpai, this series proved a total hit. Bajpai plays the role of a middle-class men i.e Srikant Tiwari, who is struggling to maintain a balance between his family and his spy work. Trying to hide his identity as a spy from everyone. From storyline to dialogues and action to funny punchlines. Everything in the series is dead perfect. One of the best releases of 2019, which can be viewed on Amazon prime video. 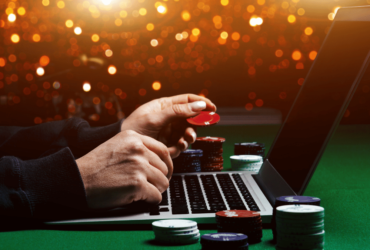