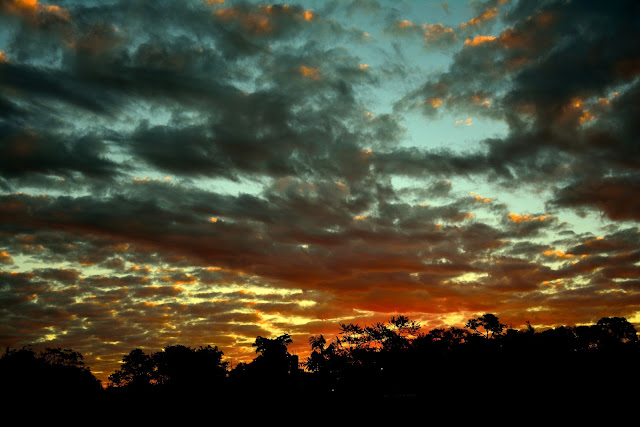 These are the very powerful radiations which can be useful in a low amount but it is very hazardous with the increase in the number. As we all know the main source of ultraviolet radiation is Sun. Most of the radiations comes through the sun. This type of radiations are absorbed by the air and the ozone layer, by which out earth is surrounded. Due to the presence of the ozone layer we are able to live on earth. If there is no ozone layer present on earth then our living cannot be possible on earth. Sadly, this ozone layer is depleting day by day due to the excessive release of the chloro floro carbons which reduces the ozone layer, thus helping the ultraviolet radiation to come to earth directly which is hazardous. They have a wavelength of about 10nm to 125nm.
Satellites and their working in space. Click here to know about satellites.

These are helium-4 nuclei meaning that it contains two protons and two neutrons. Alpha particles interacts with matter mainly due to their charges and combined mass. Alpha particles at their usual velocities can only penetrate a few centimetres of air, or a few millimetres of low density material (such as the thin mica material which is specially used in some Geiger counter tubes to allow alpha particles in).
This means that alpha particles from ordinary alpha decay are not able to penetrate through the outer layers of dead skin cells. So they cannot cause damage to the live tissues below. Some very high energy alpha particles compose about 10% of cosmic rays which are capable of penetrating the body and even thin metal plates. However, Alpha radiations are a danger only to astronauts because they are deflected by the Earth’s magnetic field and then stopped by its atmosphere.
Alpha radiation are very dangerous when alpha-emitting radioisotopes are ingested or inhaled (breathed or swallowed). The most famous example is Alexander Litvinenko. He was poisoned by polonium-210, an alpha emitter, in his tea which was the reason of his death.

While talking about the gamma radiation, First thing come to mind is HULK. Gamma radiation are not like alpha or beta as it does not contain any particles instead consisting of a photon of energy being emitted from an unstable nucleus. As gamma rays do not have any mass or charge it can travel much farther through air than alpha or beta while losing (on average) half its energy for every 500 feet. Gamma waves’ transmission can be stopped or blocked with the help of a thick or dense enough layer material having high atomic number materials such as lead or depleted uranium being the most effective form of shielding.

Beta radiation takes the form of either an electron or a positron (a particle with the size and mass of an electron, but with a positive charge) being emitted from an atom. Due to the smaller mass Beta radiations are able to travel up to a long distance in air approximate a few meters and can be easily stopped by a thick piece of plastic or even a stack of paper.
It can also penetrate skin a few centimetres making somewhat of an external health risk. However, the main threat is still primarily from internal emission of Beta radiations from ingested material.

X-rays are similar to gamma radiation. The primary difference between the X-rays and the gamma radiation is that X-rays originate from the electron cloud. This is generally caused by the energy change in an electron which occurs when an electron moves from a higher energy level to a lower one causing the excess energy to be released. X-Rays are longer-wavelength and (usually) lower energy than gamma radiation. The X-rays are used in a variety of purposes in health care problems such as to view or scan the internal parts of a human being.

They consists of a free neutron usually emitted by spontaneous or induced nuclear fission. Neutron Radiations are able to travel hundreds or even thousands of meters in air. Neutron radiation can be effectively stopped if they are blocked by a hydrogen-rich material such as concrete or water.
Neutrons are most commonly indirectly ionizing. Meaning that they are absorbed into a stable atom and makes it unstable and more likely to emit off ionizing radiation of another type. Hence, Neutrons are the only type of radiation that has the ability to turn other materials radioactive.
There are also various types of radiations also found in the outer space.
The outer space radiations can also be called as Cosmic Radiation. These type of radiations are continuously emitted by the sun. These type of radiations are mostly protons and have really very high energy. However further research is going on these type of radiations. To study their transmission and the effect of these radiations on human body.
That’s all for this blog.
Thanks for your precious time given to us. Share and comment your questions.
Also read: Overview of Milky Way and Andromeda Galaxies.
Tags: astronomy cosmology Radiations Science space
Share on
Share on Facebook Share on Twitter Share on Pinterest Share on Email
Mohit Kumawat September 23, 2018

Top 10 Most Alluring Places To Visit With Family In India﻿ Mars Missions we have done so far from 1965