Jubin Nautiyal, one of the best musicians in the Bollywood industry has successfully delivered several chartbuster songs such as Gazab ka hai Din and many more. However, the contemporary musician never faced any criticism in the past for the remix songs he has crooned. Amid the lockdown, a live session was organized with the singer on Instagram and he revealed his new upcoming song with Yo Yo Honey Singh. He also spoke about his views on the latest trend going on, concerning the recreation of the original songs.

The musician himself has recreated so many music hits in the past so he was obviously bombarded with the same question. He feels that in case he has been celebrating a song since his childhood and if he gets an opportunity to recreate the same songs years later, then why wouldn’t he grasp the opportunity? He feels it’s like a golden opportunity. The thought of recreating songs is not correct, but the thought of celebrating the same songs can be okay.

The musician furthermore added that he does not take every offer of recreating a song; he only chooses those songs which are his personal favourite. He even recreated the Humma song only because he had memories related to the original song. Plus, he never ever faced criticism for his recreated songs, in fact whenever he got an opportunity he made sure that he genuinely felt the song before singing it for his fans. He believes that is probably the reason as to why the audience did not criticize his work.

Before concluding the live session, Jubin even mentioned that as long as everyone is involved in celebrating the old track, there should be no issue. However, what would be wrong is when the people forget the roots of the song and try to create something entirely new! Recreating songs and then taking credits for the same song which took so much effort is completely wrong. However, if you grab an opportunity to sing the recreated version of the song just for the sake of enjoying it while giving full credit to the original composers and lyricists then there is absolutely no harm.

Whatever Jubin said just made sense to all of his fans. Singing a heartfelt song only to celebrate its existence in the first place is not such a bad idea. People in the Bollywood industry definitely have different opinions about the latest trend going on. Many artists, lyricists, and composers have opposed this, however, until now not a single artist from the industry has come forward to support this trend, which clearly shows that this will not work for long. Original content is the key to the audiences’ hearts. 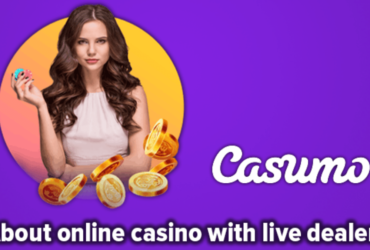